Your cheese consists of several layers of flavour, and the taste may differ depending on where you cut it. To ensure that you enjoy all aspects of your cheese, you should consider the shape when cutting.

How to cut round cheese - such as Brie or Camembert

Place the cheese on your cutting board and start by cutting it in half straight down the centre. Continue by cutting the halves into two pieces until you feel that they are the correct size and quantity. To make sure that the serving size remains the same, always cut into evenly sized wedges, like you would a pie. 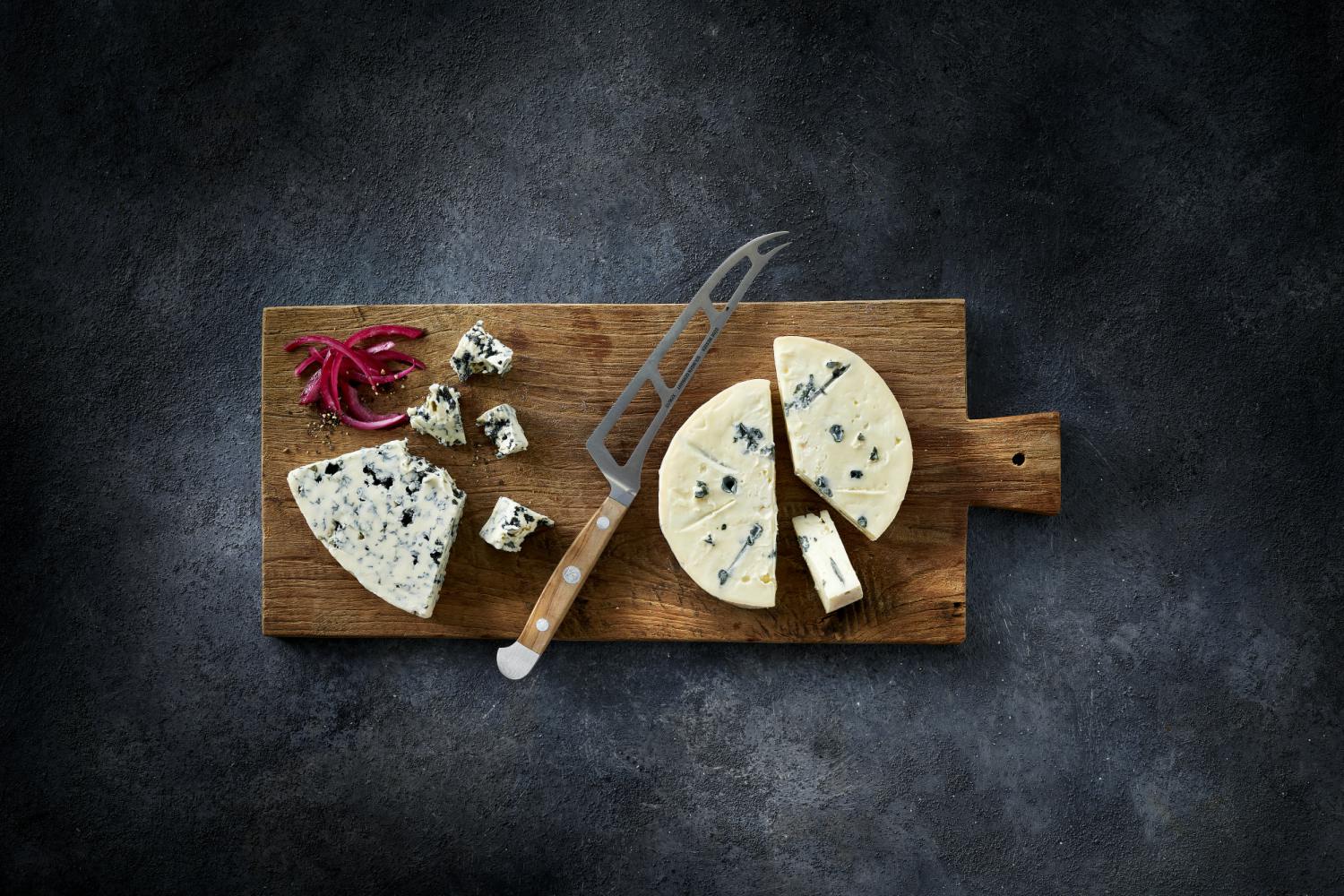 How to cut block cheese - such as cheddar

When dealing with a block of cheese, cut-ting the pieces too thin makes it easier for your cheese to dry out, while being harder to cut. Instead, start by cutting equal sec-tions lengthwise from the rind to the edge. When serving, slice horizontally to make small-sized portions, or grate it through a cheese grater for toppings or warm dishes.

There are several ways to cut cheese wedg-es.

In smaller soft cheeses, the centre is often the ripest part, and it is worth sharing if you are having guests. Having already cut the cheese into triangles, cut off the tip of the cheese and follow by slicing lengthwise from the rear, towards the part where you previously sliced the tip.

Another way to cut the wedge is to leave the tip on. Slice the wedge lengthwise, as you did before, this time without cutting the tip.

Larger wedges should be cut in even smaller sections, to compensate for the size. To do this, lay the wedge on its side. Begin by cut-ting the tip diagonally towards the rear and slice the remaining part across the middle. Do this until you reach the rear or have enough cheese. 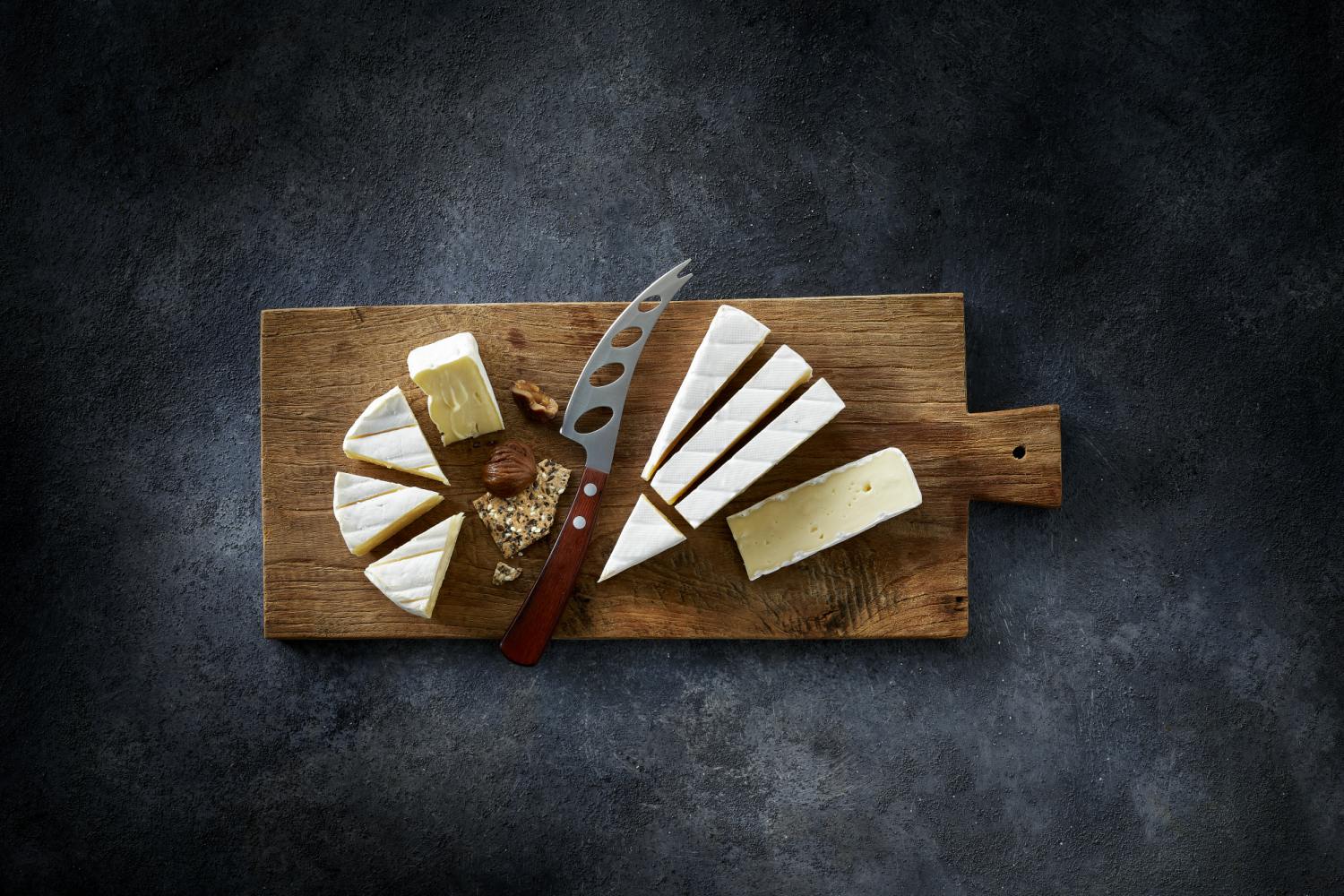 Can you eat the rind of the cheese?

When you are ready to serve, it is time to determine whether to eat the rind or to leave it on the plate. The rind is an outer shell that forms naturally during the matur-ing process. They are edible more often than not and help enrich the taste of the entire cheese.

On cheeses such as Parmesan, the natural rind is often too hard to eat, but are great when making stock or sauces. With softer rinds, found on Camembert and Brie, you are good to go if you feel like eating the en-tire cheese. These rinds are often referred to as bloomy rinds and form when the re-finer sprays the raw cheese with a yeast-like fungus, eventually creating a supple skin around the exterior. When the refiner in-stead swabs the cheese in brine or alcohol, you end up with a washed rind. This helps bacteria develop the unique colour and smell found on the exterior and the smooth consistency in the centre. Cheeses with washed rinds come in different varieties; some are creamy, while others are hard like cheddar.

Ultimately, it is up to you to decide if you want to eat the rind. If you are hesitant, try a small section of the cheese with the rind still on it to see if you like it.