Picture white succulent meat, rich in flavour and full of buttery juices. Now imagine that in a bowl of creamy macaroni and cheese. It is hard to think of a better combination, and surely, lobster and cheese were meant for each other. Adding lobster to your macaroni and cheese elevates it to a completely new level and knowing how to make our incredible Lobster Mac and Cheese, is guaranteed to sway both friends and family. Do not get disheartened by cooking lobster, it is easier than you think, and with our recipe, you will be well on your way to impressing your guests. Treat yourself to the ultimate comfort food with our take on Lobster Mac and Cheese. We would love to say that our recipe is the best in the world, but there is really only one way of finding out – try it for yourself!

Perhaps it is the decadent and rich flavour of the meat, that has placed lobster among the most praised and celebrated fish in cuisine ever, or maybe it is the fact that they assert a sense of exclusivity and rarity in whatever iteration they appear. Regardless, lobster is always the main attraction whether served as an ingredient, on its own and certainly in macaroni cheese.

1. If the lobster is fresh you can either put it in the freezer for 30-60 minutes or use a sharp knife to cut through the head of the lobster before swiftly plunging it head first into boiling water with salt, slices of lemon, bay leaves and whole black pepper. Place the lid on the pan and cook for 5 minutes.

2. Remove from the water and place the lobster in iced water to stop it from cooking further. Twist the lobster head and body apart and carefully remove the meat from the tail and the claws. Roughly chop the meat.

3. You can also use frozen lobster meat, just make sure it is defrosted according to the instructions on the package.

5. Cook the Cavatappi pasta according to the instructions in a large pan of boiling salted water until al dente.

6. In a saucepan melt butter and add flour. Stir until you get a paste. Slowly add white wine while stirring, let it cook and then add chicken stock and milk. Continue to stir until you get a nice smooth sauce. Bring the sauce to a boil for 3-4 minutes.

7. Turn the heat to medium and add grated Castello® Aged Havarti. Stir until the Havarti has melted but make sure it is slightly wet as it will thicken in the oven.

8. Drain the Cavatappi pasta and add to the cheese sauce along with the lobster meat. Season with salt, pepper, lemon zest, lemon thyme and parsley.

9. Pour the lobster mac and cheese into a coated baking dish, sprinkle with fresh breadcrumbs and some finely chopped lemon thyme.

10. Bake for 20 minutes at 200° C or until the breadcrumbs are slightly golden and crisp. Serve straight away.

For garnish use the lobster claw or tail on the mac and cheese.

Whether you want to use live or frozen lobster, you will be surprised how easy it is to cook, even with zero experience. When picking a live lobster, use your nose to look for ones that are fresh. If they are moving, it is a good sign that they are straight from the sea. Most frozen lobsters are sold already picked and are great options, if dealing with live ones seem tedious. Cooking with live lobster means that you will be left with the shell and innards. Even though you might be tempted to toss everything in the trash, you should save it for later. The shells contain a lot of flavour, and greatly enhance pasta dishes, sauces, soups and even stews.

Spices and other vegetables are great if you want to add something extra to your Lobster Macaroni Cheese, but be careful not to add to many ingredients, as to drown out the amazing flavour of the lobster would be a shame. Lobster is renowned for its sweet and buttery flavour, and you want to savour all the nuances of the meat. When deciding what to add to your macaroni and cheese, think less is more. This way, you compliment the flavour, instead of saturating it. 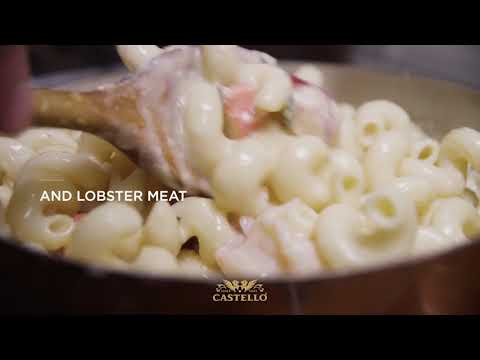